How Blockchain Will Solve Some of IoT's Biggest Security Problems

While blockchain has its place in the world of cryptocurrency, the growing list of industries considering blockchain initiatives is growing fast including healthcare, telecommunications, energy and even manufacturing.

Blockchain is a distributed series of data records, or blocks, linked together as a permanent digital ledger that incorporates transaction information and a timestamp. Once that data is recorded, it can’t be changed or compromised in any way.

Gartner forecasts that 14.2 billion connected devices will be in use this year, a number that will reach 25 billion by 2021. These devices will produce inconceivable amounts of data — data which needs to be managed and secured. And while cryptocurrencies are the most popular use case for blockchain today, the immutability of its digital record can open the door to a host of new opportunities in IoT— from supply chain management to cybersecurity.

Driving the Security of the Industrial Supply Chain

Blockchain has huge potential in environments that track and monitor goods via sensor data. Think RFID tags on goods, but instead scanned and written to a blockchain as they go from manufacturer to distributor to retailer. For manufacturers, that means exponentially more visibility, with access to a clear audit trail of who possessed an asset at a distinct point in time.

Car manufacturers, for example, can potentially use blockchain technology to locate and track shipments of auto parts, including their factory of origin and who’s handled the merchandise along the way. In the telecommunications world, blockchain can help operators identify individual connected IoT devices, which include any sort of sensor using cellular networks to communicate such as GPS on trucks, and provide a secure record of each one.

Looking ahead, the retailer plans to use blockchain to more quickly and accurately identify and respond to numerous food safety situations.

Beyond addressing supply chain security issues, blockchain can also protect systems and devices from cyber attacks while supporting IoT devices that have few, if any, security defenses. Without a centralized authority controlling the network and verifying data going through it, hackers now have multiple points of entry. And should they get into the network, they can move laterally until they find their target, like credentials.

Blockchain’s ability to register and verify the identity of IoT devices means that it can open up visibility into the factories from which assets like microcontrollers originate, ensuring that they don’t come to the floor hacked or otherwise compromised. And because blockchain can process millions of transactions accurately and in the right order, it can protect the data exchanges happening between IoT devices. This could prevent a compromised device from shutting down factory operations, or the relaying of false information in hospital medical devices that could potentially harm patients.

Barriers to Entry for Blockchain in IoT

Despite a host of potential benefits, a blockchain in industrial IoT environments won’t happen overnight. Blockchain’s ability to scale to accommodate the sheer volume of data produced by IoT devices in the next five to 10 years will be a major hurdle to overcome. Additionally, processing billions of data exchanges between devices on a daily basis will likely be a resource-intensive and expensive endeavor.

But as organizations continue to rely on data to make critical decisions, blockchain has tremendous potential to close the trust gap, create new services and disrupt outdated business models, making it a vital component of a rapidly changing IoT ecosystem. 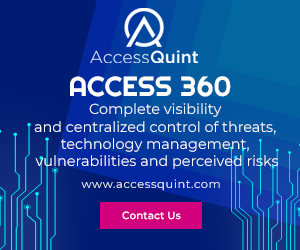